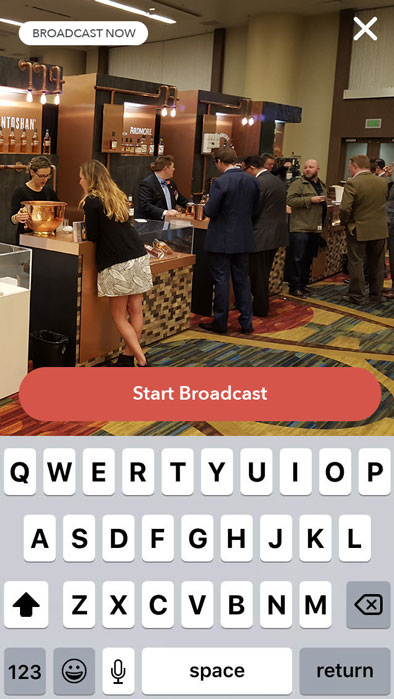 The event planning and trade show industry is utilizing social media now more than ever to promote their events before, during, and after it takes place. Yet it seems that Twitter and Facebook posts are no longer enough, as attendees and spectators are craving a more personal experience, especially in the form of pictures and videos.

Periscope has put live-stream real-time broadcasting at the forefront, allowing everyone from insiders to curious spectators to get a taste of what happens on the trade show floor, or witness a highlight speech at a weekend conference. Traditionalists might argue against the apparent complexities of this buzzworthy platform, pointing out that streaming events removes the value of face to face experiences. However, the benefits are proving to outweigh the possible setbacks; like any other form of marketing, it’s a matter of strategy and making the most of what’s in front of you.

After creating an account, you have the ability to find and follow other Periscope users. This action is simplified through linking your Twitter account with Periscope. To view a steam, simply scroll until you find one that you’re interested in, and then tap on it to watch it. You can post a comment or quickly follow the user upon immediately viewing it, and most streams will be available in a feed for at least twenty four hours, or until the original broadcaster decides to remove it.

To create a stream of your own, simply tap the camera button at the bottom corner of the screen, where beforehand you’ll give Periscope permission to access your phone and camera. After giving it a title, you’ll use the live stream for as long as you’d like, and then click “end stream” at the bottom once you’re finished. Periscope will then automatically upload the stream to go public, unless you’ve chosen your broadcast to only to be seen by you and select viewers.

With enough dedication, it’s possible to get the hang of Periscope just as people have taken to other social media platforms. And like other digital marketing platforms, it should be used in a way that best communicates your event, your message, and ultimately your brand. With that being said, it’s possible to avoid unnecessary setbacks by keeping these helpful tips in mind.

Simultaneously stream to Twitter: People look to Twitter for real time marketing updates during an event, so it makes sense to stream your Periscope video through other platforms as well. They can be easily accessed without having to download the app itself, and additionally makes for good (and reusable content as well).

Save them to computer or cell phone: As was mentioned, Periscope streams don’t up and disappear immediately a la Snapchat. You can easily save them to other devices to use for additional purposes at a later time, such as uploading it to YouTube, creating a highlight reel, or a promotional preview for another event. Sometimes the best content is often repurposed content that that just happens to take a different shape.

Have a welcoming introduction: Explain the who, what, when, where, and why in a friendly and welcoming manner. Viewers should have to be guessing in regards to what the event is about all throughout the duration of the broadcast.

Make it fun and unique: It’s important to be professional, but there’s no shame in having fun and being light-hearted as well. People want experiences, and the best ones often include an occasional joke or anecdote in between. If you make it too serious, it’s possible for views to lose interest really quick.

Use Emojis or illegible fonts: People need to be able to read what you have posted, and are there to view the stream, not necessarily for the fancy text or amplification of emotions. Not only do these uses decrease the level of professionalism that you want to portray while using Periscope, but not every viewer will be able to see those characters; Emojis and special fonts only apply to certain software and phone types, so if a viewer was viewing the broadcast on an Android, they wouldn’t be able to see them. 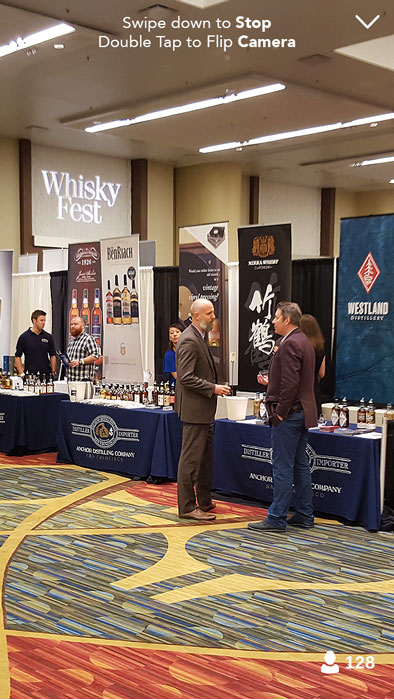 Have too long of an introduction: It’s always smart to introduce yourself and welcome people at the start of the stream, but again, they’re not there for long conversation or to learn about who you are. Focus on what viewers need to know to have a basic understanding, and let the broadcast do the rest. It will keep the viewer’s interest, and you can always do a question and answer session later on.

This type of technology might seem complicated at first, but once you get used to it, you’ll find that it offers a lot of great benefits. Not only does it introduce new and curious minds to the event planning industry, but it allows veteran insiders to approach the event from a different angle. For example, say that an attendee can no longer come to the event, but still wants to know what’s going on. He or she could still be part of it by watching it live through Periscope, with the ability to ask questions and make comments as it progresses. If conflicting schedules present an issue, it’s always possible for the broadcaster to upload the stream as a video on a different platform.

One could argue that Periscoping might decrease attendance numbers; if someone can just watch an event from their home or office, why take the time to go? However, most people in event planning understand the value of having an human to human experience versus looking at a computer screen. You could measure the number of views per stream up against the data collected from in person attendees, but it’s hard to envision the app having that much of a negative impact. It puts a face to real time marketing, planting the seeds for curiosity and investigating deeper into what is being streamed. If more people want a visual experience with marketing and social networks, then this satisfies it. It goes beyond constant and wordy updates, taking real time to new heights and presenting new opportunities for creating awareness.

Like other platforms, if it ultimately doesn’t fit into your strategy, then that’s quite all right. But there’s no way of knowing until you test it out, and tradition can coexist with new technology. Instead of resisting change, why not go along for the ride? The time is now, and it’s definitely not waiting.